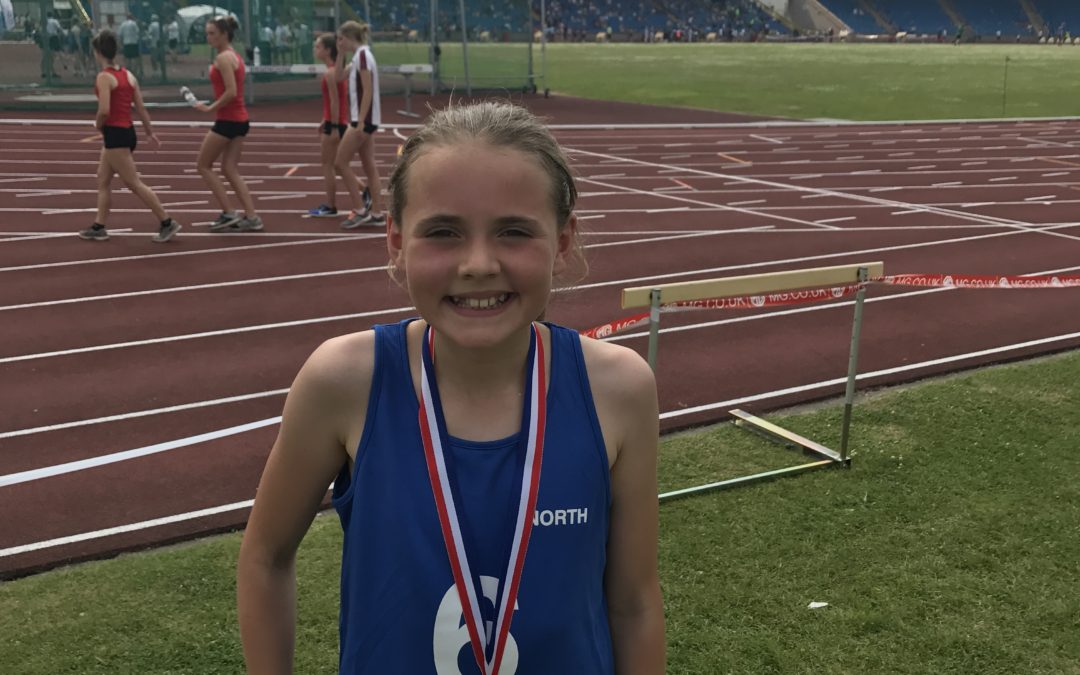 On Monday 19 June Aisling McHale went to Birmingham for the Independent Schools Association 600m final.  Aisling had put in fantastic performances to win this event the previous two years and had hopes of completing a hat-trick of titles.

She has been in fantastic form all summer, so it was so surprise to see her win the Northern qualifier, but dipping under 1:50 was completely unexpected.  Could she produce another performance at a similar level in the final?

Aisling had felt a bit tired on Saturday morning’s training session; too much bouncing around at Loreto’s primary school leaving party!  However, none of that was evident on Monday as she stormed to victory to claim her third crown.  And the time?  1:44:51.  A quick glance at Power of 10 rankings over this distance will illustrate just how good a time that is.  What’s more is the level of improvement over last year.  It’s over 14 seconds quicker than her winning time from last year.

The race was by no means plain sailing. Aisling only started to edge into the lead with around 200m to go and she was pushed all the way to the line by the silver medallist. To cap off the achievement, the performance was an ISA record for her age category.

A mention must also go to Aisling’s teammate and fellow Loreto pupil Verity Charnley. She had done brilliant to qualify, but also raised her game for the final finishing in an outstanding 5th place.

So a big well done to Loreto, Aisling and Verity!  Long may these impressive standards continue.