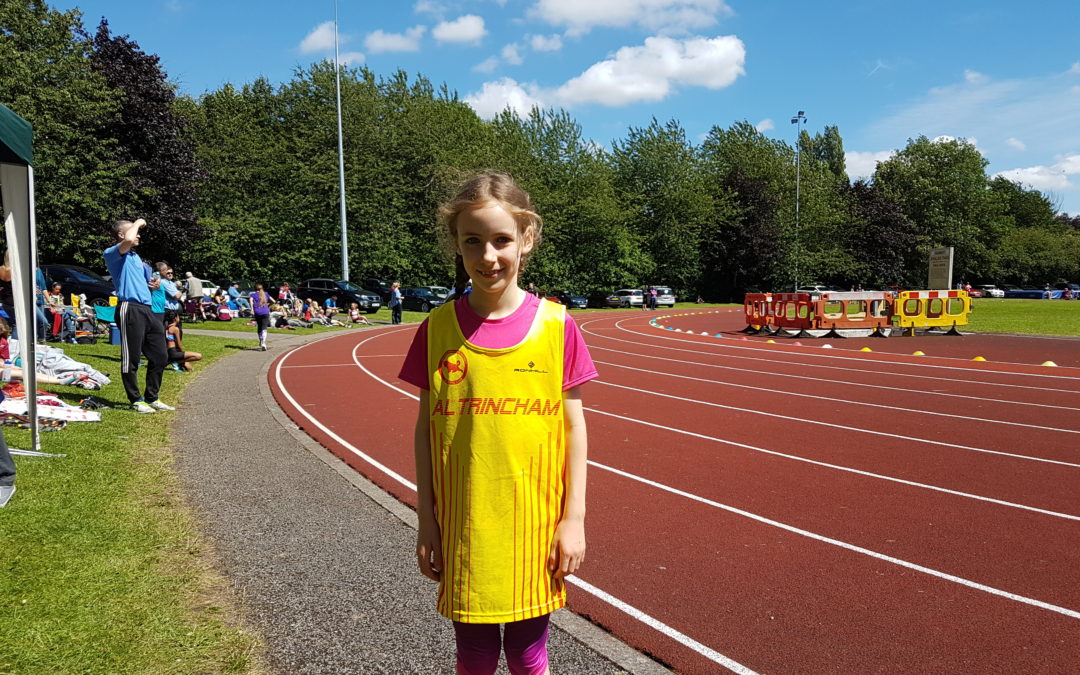 Altrincham had 8 junior athletes in action at Salford Met’s Eccles track for the second match in this season’s Cheshire League.  While this is a far lower number than we would have liked, their were still some great athletic displays from our athletes.

Jade Buckley-Ratcliff again showed her star quality with victories in the U13 girls high jump and shot, as well as storming to another national ranking in the 200m.

Aisling McHale made her first attempt at the U13 girls 1200m finishing in an excellent 2nd place and smashing the club record in the process.

Also working wonders was Jessica Molloy who also achieved her first ever national ranking performance in the U13 girls 200m.

In the U11 girls Hannah Myers was making her debut and was particularly impressive in the 150m sprint.  Definitely one to watch!

Charlotte Stansfield and Thea Prattley were also in action again for the U11 girls.  Charlotte pulled out a great long jump to go over 3m with Thea producing an impressive PB in the 150m and another excellent showing in the 600m.

For the U11 boys, Isaac Oderinde looked impressive in the 150m and also had his first go at the javelin.  Perhaps the biggest improvement of the day went to Dominic Gibson who has now worked his way down from over 2:30 for 600m in April down to a 2:18.

Well done to everyone who took part.  Hopefully we’ll have even more performances to celebrate at the next meeting.