Check out all our recent posts here!

Check out all our recent posts here! 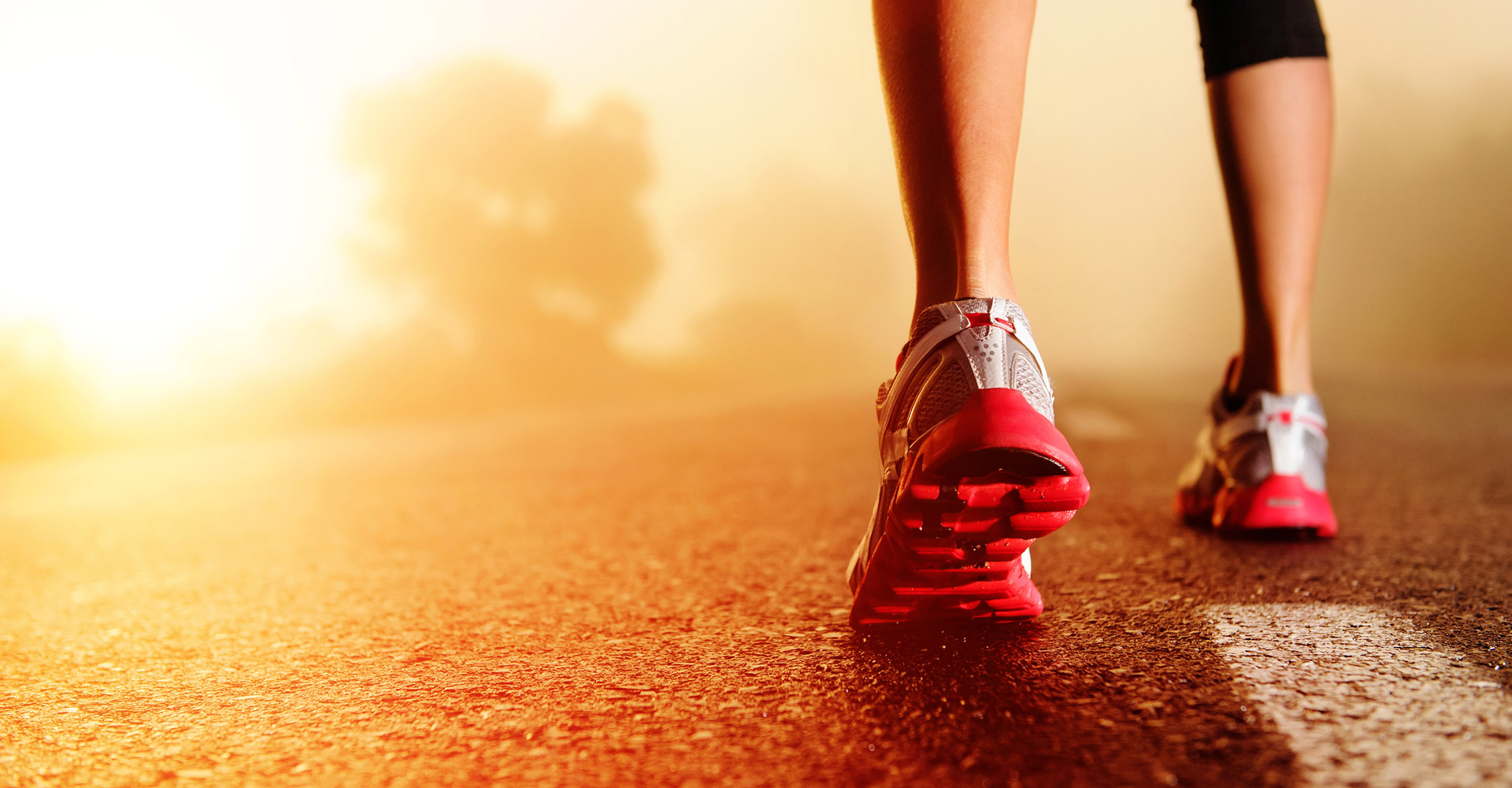 Altrincham took 13 athletes to the Cheshire League meeting at Ashton-under-Lyne this Sunday. It was particularly good to see a four U11 boys take part, meaning we had enough to field a relay team. Ethan Brown, Harry Waddell and Isaac Oderinde were making their track...

Bank holidays are for athletics. At least that's what our young girls seem to think as well as one solitary boy. 17 Altrincham athletes made it to Longford Park for some May Day madness. Some of the athletes were experimenting. Aisling McHale took the brave plunge in...

Trafford Medal Meeting 17 Apr Easter Monday was not to be spent solely eating chocolate for many of our young athletes as they opted to test themselves in the bank holiday open meeting at Trafford. Again, this was well attended with 19 athletes (that's two more than... 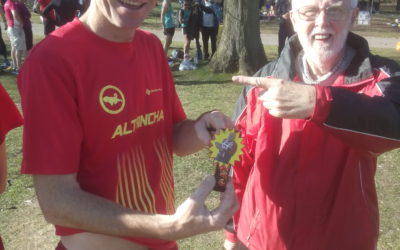 Congratulations to the senior men's team who placed 53rd in Saturday's National 12-stage relays. The event was held on the iconic Sutton Park course, comprising alternating long (5.5 miles) and short (3.2 miles) legs. Running for Altrincham were (team position in... 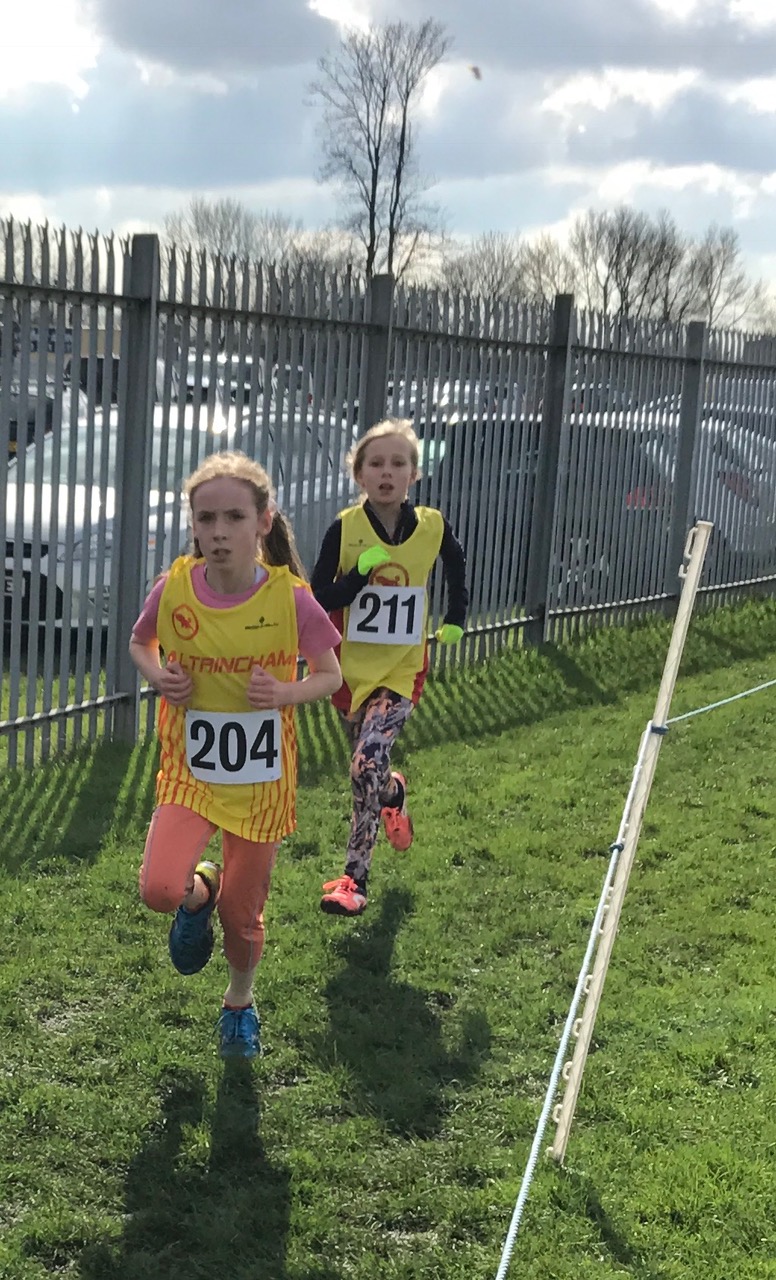 The sun was shining in Ashton-under-Lyne as plenty of our primary school youngsters displayed their cross country potential with impressive performances. This was the second staging of this event, and has caught the attention of plenty of clubs in the Manchester area.... 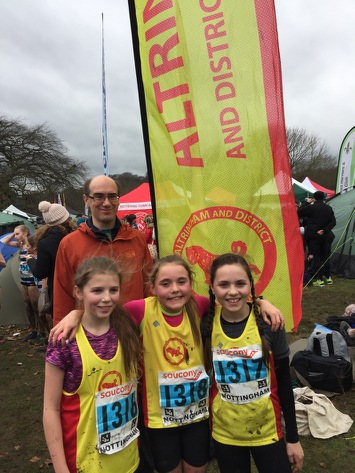 National XC - JuniorsWhat makes a good cross country course? Hills? Tree roots? A pancake flat route? How about mole hills and streams? Yes, streams! Streams are awesome. They increase the mud factor exponentially. Every athlete should come back caked with mud on...

Training T-shirts for sale £10 each or Red and black £15 for 2 , they'll be available at the track every Tuesday from Carole Harrison. 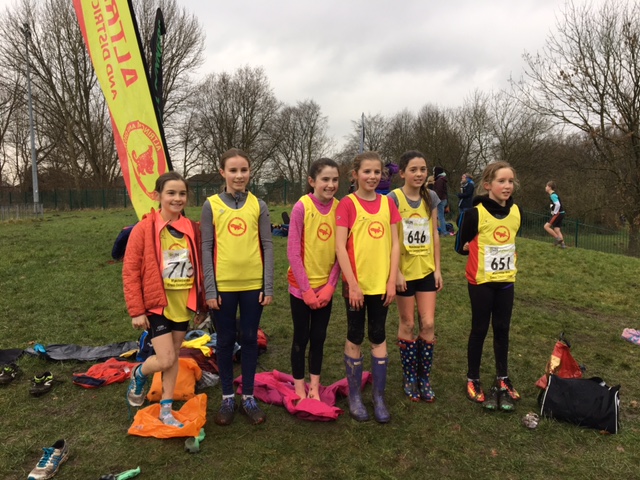 The juniors were again out in force at Woodbank Park in the final race of this year's Manchester XC League. The U11 girls had six representatives, even though four of the girls that did the last two races were away for half term. The A team finished a creditable 5th... 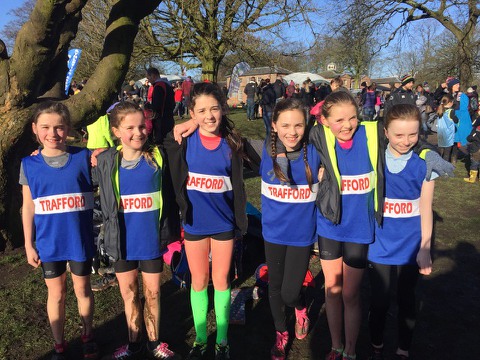 On a lovely day at Heaton Park lots of our girls were running in the Greater Manchester Schools XC Championship.  Qualification for this event was based on the local schools XC leagues, with most of our girls representing the borough of Trafford.In the U11 girls race,...

Just a reminder that the Greater Manchester Sports Hall Championships are on Sunday 22nd January and I need entries by Thursday 5th January at the latest. I have attached an entry form for those that have not already taken one.ALTRINCHAM  &  DISTRICT  ATHLETIC ...

Club road running champs to change for 2017 watch this space for details of races and new scoring system. We are looking to get more competitive this year and we will be age grading the results more details to follow. 1st race of the championship will be the Alsager... 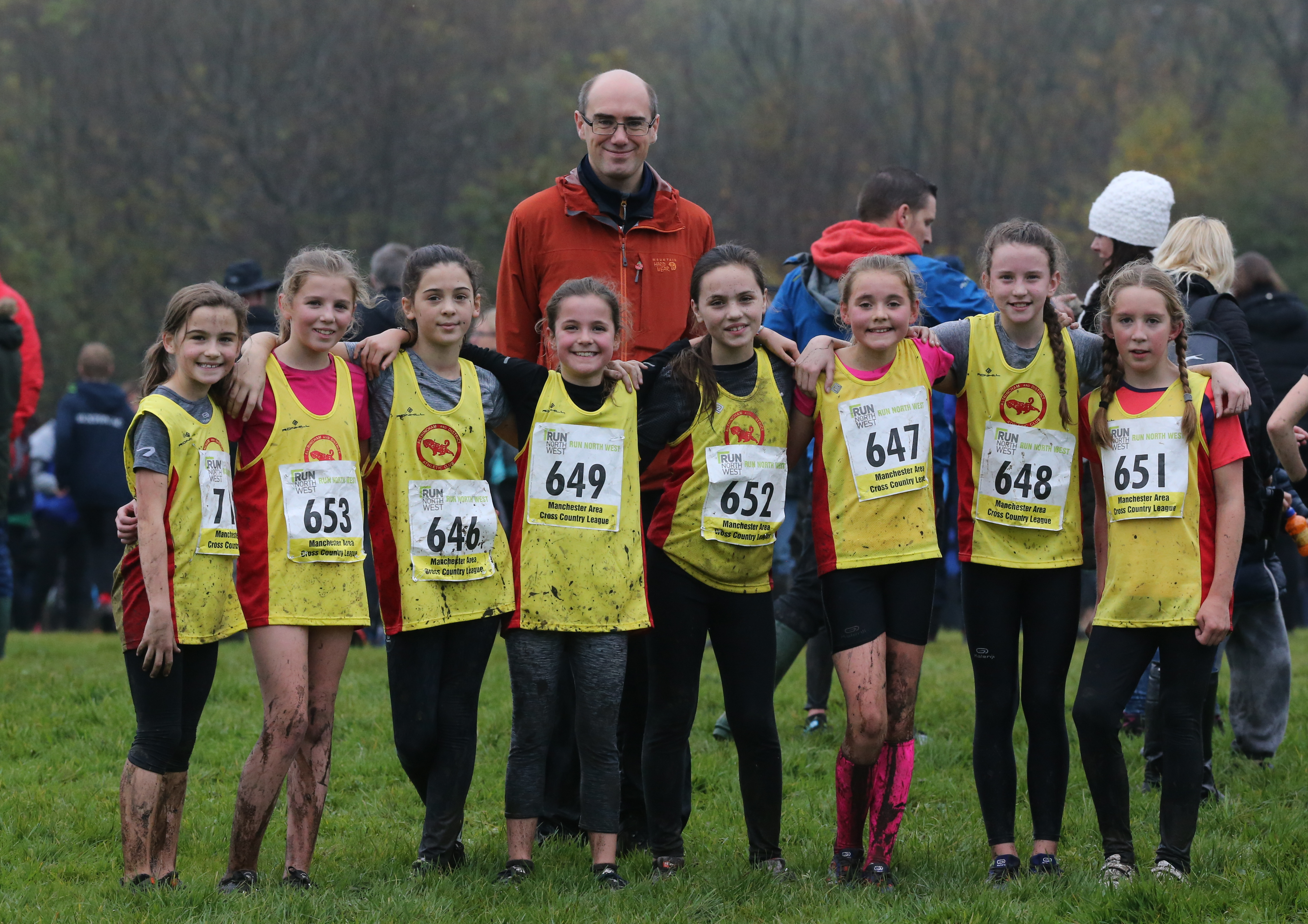 It was wet. It was muddy. But what else could we expect from Boggart Hole Clough?

It was a real baptism of fire for the U11s. Many times were the words "proper cross country" heard. A bit of a change from the nice grass at John Leigh Park and Crossford Bridge. So typical Manchester Cross Country League then. Except one thing wasn't typical. That... 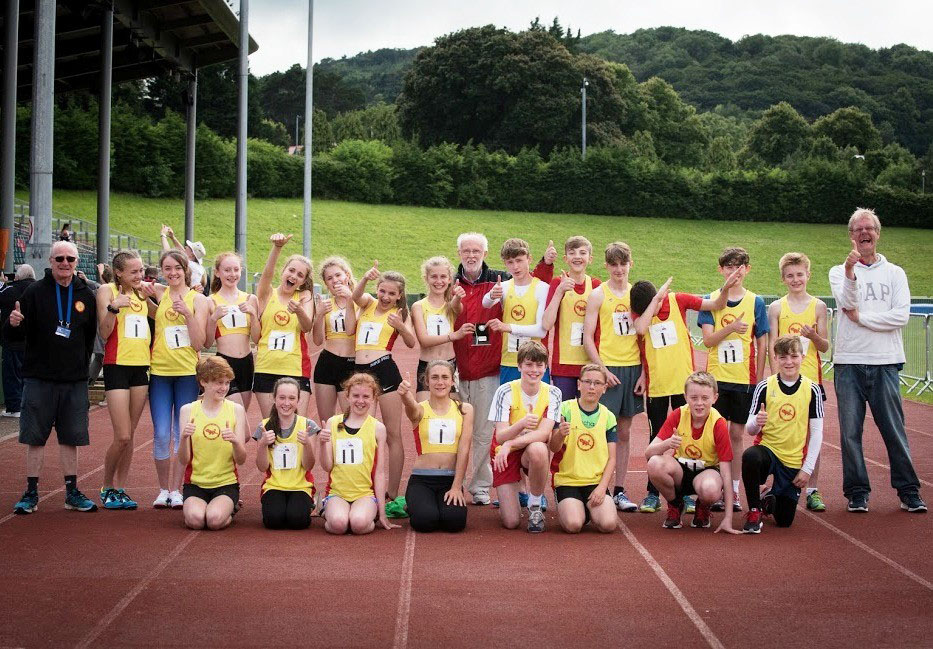 We are the champions!

Yet another brilliant performance from our young athletes, at Colwyn Bay on Saturday 16th July, resulted in a third successive match win in the Youth Development League Division North West 4. As a result the team were not only promoted to Division 3 but... 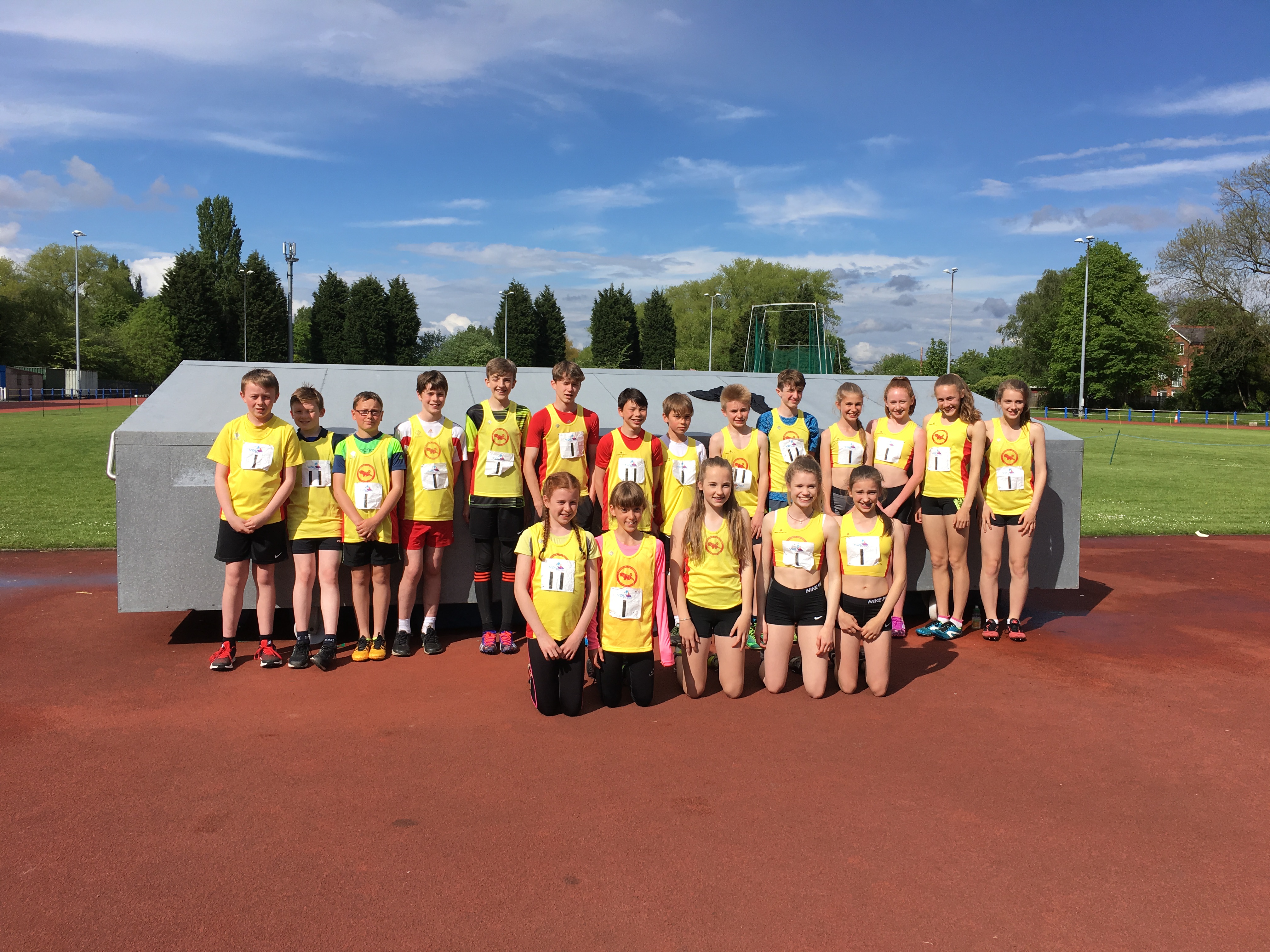 Top of the league! 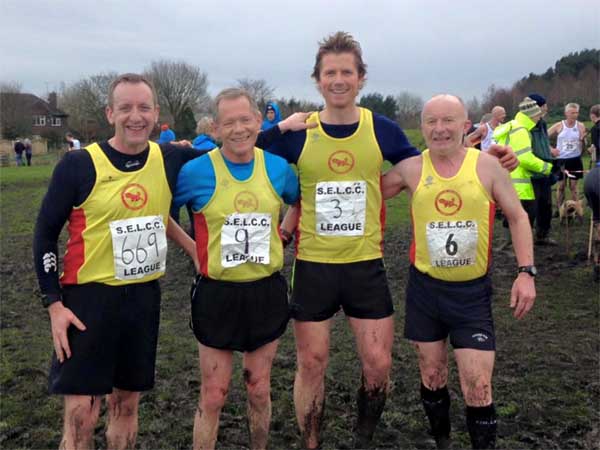 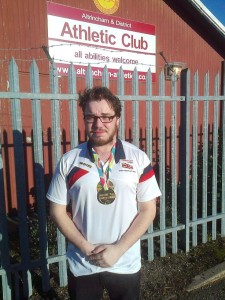 Sam Clarke is a 23 year old kidney transplant survivor who was selected to represent Team GB atthe World Transplant Games in Argentina in August. He has been training with John Snape sincelast autumn and has shown a remarkable improvement in his throwing events.He has... 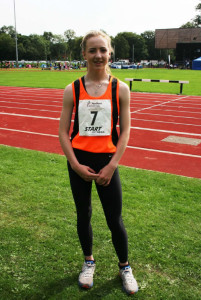 At the Trafford AC Open meeting on Tuesday 28th July at Longford Park, 15 year old Chayce Smithwon her 400m heat in a time of 57.90s, beating two U20 and an U23 athletes in the process.Her time breaks the existing U16 Girls Club Record previously held by Carolyn... 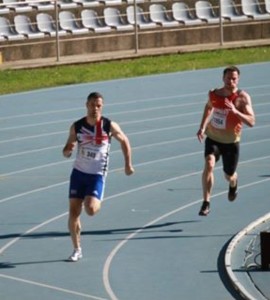 Master Class from Andy in Nice

European Masters Games - Nice, France.Well done to Andy Parker who won the Gold Medal in the MV35 400m, and a Silver Medal in the 200m 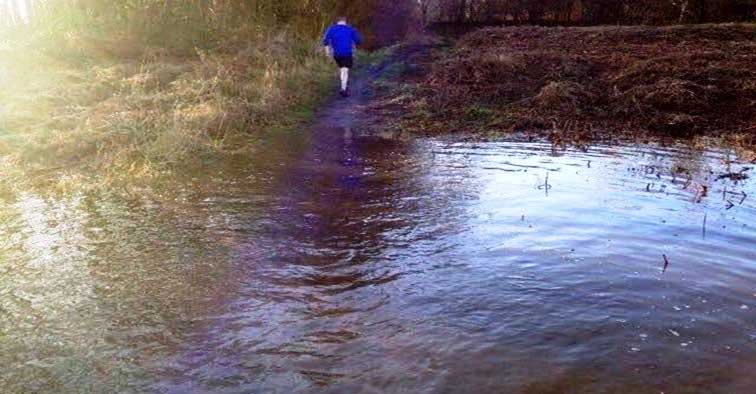 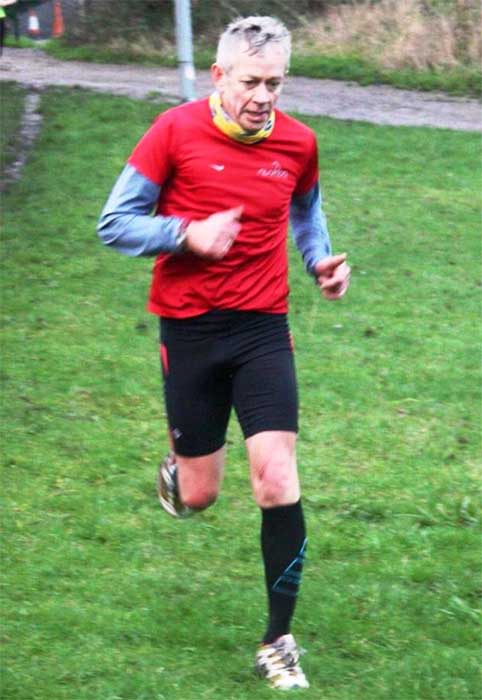 The first morning fell run in February is on Thursday 11th February from The Cock in Whaley Bridge organised by Robin Wignall. Eccles Pike and Windgather Rocks are just two of the possible places within easy reach with Shining Tor, the highest point in Cheshire at...