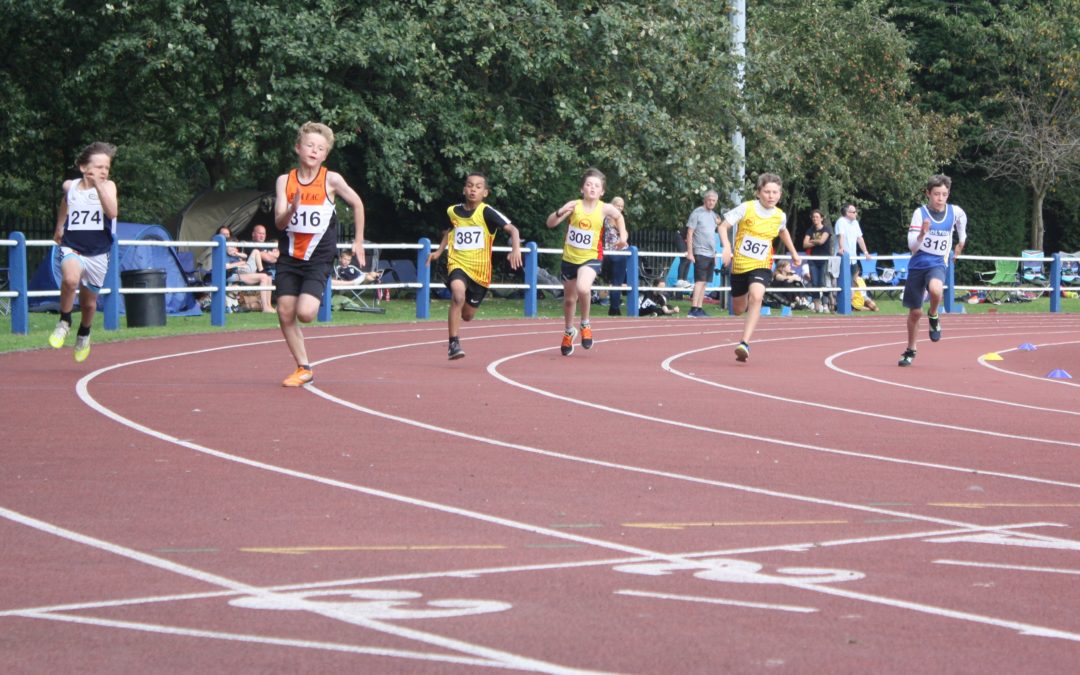 Altrincham had an impressive turnout at the latest Trafford Medal meeting, particularly among the U11s.  In total 15 athletes laced up their trainers, several attending one of these high quality medal meetings for the first time.

The biggest improvement from the club was the participation from the U11 boys.  Debutant Troy Tarry was extremely impressive in the 75m and 150m.  Harry Waddell was also in fine form in setting 3 PBs with Isaac Oderinde smashing his 75m PB.  Dominic Gibson was also in good form, missing out on his long jump PB by a couple of cm.  Finally Josh Mulholland-Wells finished just outside 2 mins for a new 600m PB.  With most of these boys moving up an age group next year, it looks like we have the makings of a strong U13 boys team.

In the U11 girls Hannah Myers got a bunch of PBs and produced a scintillating sprint to win her 75m heat.  Charlotte Stansfield looked great again in the sprints, even smiling as she arrived at the finish!  Carys Bucknall and Sara Herceg-Millington both improved their long jump PBs with Sara doing a very impressive 3.44m.  She may be one to watch in the jumping events over the next few years.  Holly Newton produced the fastest 600m from an U11 Altrincham girl this year with Eleanor Nicholson looking great at she set PBs in the 600m and 150m.

In the U13s, Aisling McHale dusted off her lack of sleep to set a new long jump PB in club colours.  She also had a crack at keeping up with some county champions in a very competitive 800m.  Eva Bucknall also set a new best in the long jump.

In action for the U15s were Emma Simpson and Daniel Edmundson.  They have been training at the club for 5 years now and it’s wonderful to see them still involved and putting in quality performances.

One more track & field event left and then it’s on to Sports Hall and Cross Country.  Winter is coming!